It’s always difficult for a sequel to be made. You’ve got to continue the original story as well as introduce a new storyline in the world, bring in some new characters and keep the audience interested, as well as living up to the brilliance of the first film. Naturally, these range from the good (Deadpool 2) to the bad (Speed 2). 2018 saw many sequels being released, such as Avengers: Infinity War, Creed II, Mission Impossible 6, and most recently, Wreck-It Ralph 2. I watched the film last weekend and am bringing my review of it to you for this week’s review.

Rich Moore and Phil Johnston reunite to direct Wreck-It Ralph 2, also known as Ralph Breaks the Internet. When Vanellope’s beloved ‘Sugar Rush’ game breaks, Ralph and Vanellope travel to the internet to get a new part to fix the game. The pair inevitably find themselves getting into antics that lead to problems.

John C. Reilly returns to voice the titular character and is well suited to the role. He brings a fun and lovable side to Ralph’s character, as well as developing his character. Sarah Silverman is also back to voice Vanellope Von Schweetz. I hate the voice used for Vanellope, as it’s so irritating and doesn’t really suit Vanellope’s character. Silverman did a great job voicing her, but in this film, it just reaches a point of where your ears are on the edge of bleeding. We also get introduced to some new characters, such as Shank, KnowsMore and Yesss. Shank is voiced by Gal Gadot and is the lead character of an internet game, Slaughter Race. Gadot was great as Shank and she was a fun character, but I would have liked to have seen more from her character. KnowsMore was basically a rip-off Google voiced by Alan Tudyk, one of my favourite actors. KnowsMore was one of the best characters in the film and there should have been more of him. If there ever will be a Wreck-It Ralph 3, KnowsMore has got to be in it. One character I felt there was too much of but also was just thrown in to get another celebrity attached was Yesss, voiced by Taraji P Henson. She didn’t really do much apart from further the plot and could have had a reduced amount of screen time that wouldn’t have changed the movie much.

The plot started off good but got more ridiculous as the film went on. It started off with Ralph and Vanellope being best of friends until Vanellope’s arcade game breaks in the real world. Ralph and Vanellope need money to buy a new part so they travel to the internet in search of eBay. When this fails, they try to steal Shank’s car from Slaughter Race so they can sell it, but they inevitably get caught. Vanellope falls in love with Shank, then Shank advises them that a great way to make money is to go viral on the internet. The pair enlist the help of Yesss, the head code or something of BuzzzTube who help Ralph become viral and get rich. Ralph goes viral and gets the money to buy the game part, but Vanellope longs to be with Shank and her racing crew. Ralph hears a conversation between Vanellope and Shank where Vanellope explains her feelings and decides to sabotage the game by getting a virus from the Dark Web putting it in Slaughter Race so that it will copy Vanellope’s glitch and make the whole game glitch out. Ralph soon admits to Vanellope his dirty deed and the pair fight. Meanwhile, the virus escapes from Slaughter Race and spots an insecurity in Ralph; his neediness and clinginess. The virus copies this and creates millions of needy Ralph’s that then break the internet. These needy Ralph duplicates are hunting down Vanellope to stop her from going to Slaughter Race permanently until the real Ralph realises that he has to move on from Vanellope, With this, the millions of needy Ralph’s disappear and the internet is saved. Shank (somehow) edits the code so that Vanellope can be part of Slaughter Race and Ralph and Vanellope speak on a video call on a weekly basis. For a kids film, this was too far fetched. Scratch that, it was just far-fetched and just got more crazy as the film went on. A lot of jokes were used to cover up the bad plot and it just didn’t really work as well as it did in the first film. Some jokes were actually smart and funny but the majority just were either terribly executed or just terrible jokes themselves.

Overall, Ralph Breaks the Internet gets a 6.6/10 from me. It was a sequel that delivered in some areas, but otherwise didn’t follow-up from the awesomeness of the first film. While some may have loved the sequel, I found myself unamused throughout most of the film.

Thanks for reading this week’s review. Follow my Instagram (@Ryans.Movie.Reviews) for the latest movie news, behind the scenes pictures and more! I’ll be doing a poll this week where you can decide on next weeks movie. Follow my blog to be the first to read my reviews.

This week was the week of Marvel, where the trailer for Avengers 4 (officially called Avengers: Endgame) was released. It was viewed 289 million times in the first 24 hours (a new record) and was the fastest movie trailer to receive 1 million likes on YouTube. The trailer looked promising and there’s no doubt Marvel will dominate the box office next year.

Once again, thanks for reading this weeks review. Follow @Ryans.Movie.Reviews to have your say on what next week’s review will be! See you then! 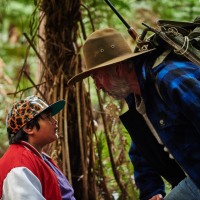 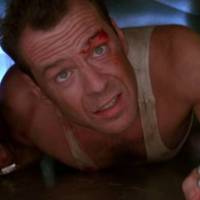